Blackberry picking is a popular pastime in the autumn and the brambles around our Sussex woodland campsites and across the countryside are groaning with blackberries at the moment. Some might say there’s nothing better than eating them straight from the stalk but there are plenty of recipes out there to help you make the most of the glut. Here are a few ideas to get you started…tasty foraged treats for your next camping trip. 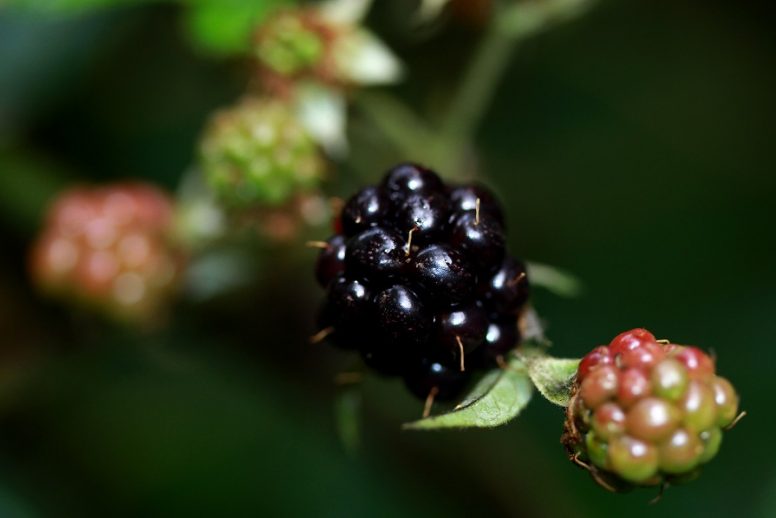 The classic way to make the most of fruit – and surely one of the nation’s favourite desserts – the humble crumble is also one of the easiest to make. Just gently stew the fruit with sugar in a pan before covering with a crumble made from plain flour roughly rubbed together with butter and brown sugar. The Hairy Bikers’ version mixes berries with apples – a late-summer match made in heaven.

After blackberry picking for a crumble the other day I discovered we only had self-raising flour so decided to try an upside-down cake. This one was baked over in a Dutch oven over a campfire but it would be even easier in a standard oven. Just put blackberries and a generous sprinkle of sugar in the base of a pre-greased pie dish and pour a basic sponge mixture over the top (made with 100g/four ounces each of butter, sugar and self-raising flour plus two eggs a little milk). Bake at gas mark 4, if using a conventional oven, or until the top bounces back and the sponge begins to pull away from the sides of the dish. Delicious served with custard! 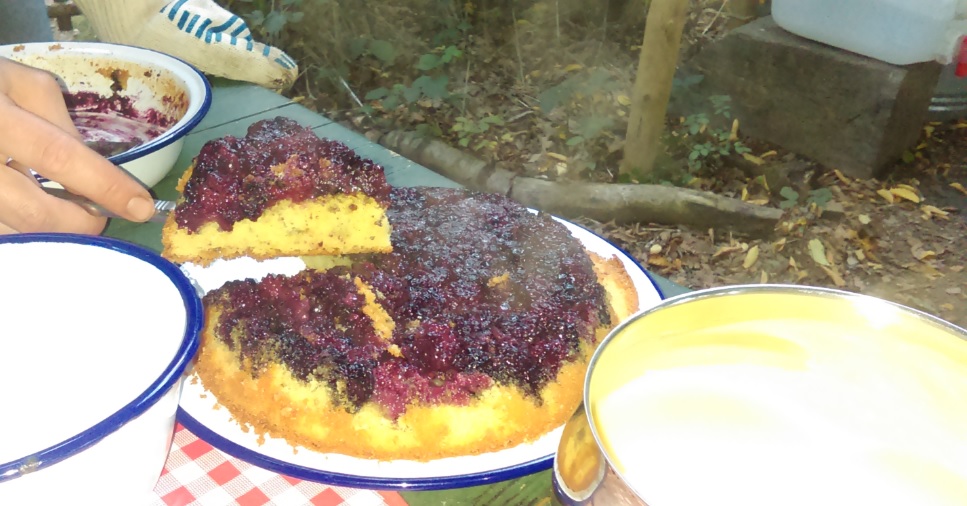 A pie is another classic way to use fruit in a dessert. Make one from scratch using Delia Smith’s recipe or, if you’re short on time, “cheat” by using pre-made pastry.

Whizzing up fruit into a delicious drink is a good way to get in one of your five-a-day and making a smoothie is so simple kids can get involved too. The Woodland Trust has a great worksheet explaining how to make a foraged fruit smoothie.

A versatile sweet coulis made from your blackberry picking bounty can be used in a variety of ways and it freezes well if you have too many blackberries to eat straight away. 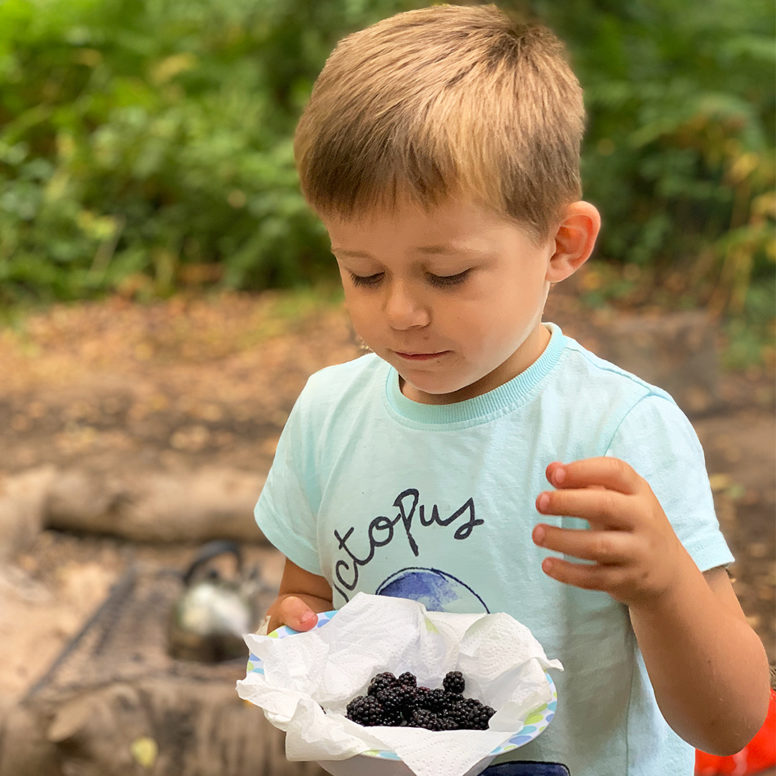 A simple blackberry jam is the classic way to preserve the fruit you’ve collected while out blackberry picking. Package nicely and it makes a great gift too.

A mousse is a lighter way to use blackberries in a dessert. The WI has a blackberry mousse recipe using ricotta and cream cheese as a base.

Blackberries with pancakes for breakfast sounds like a great idea! Check out Hugh Fearnley-Whittingstall’s recipe for how to make your pancakes fluffy and light like the Americans do.

A cordial is another veratile way of making the most of your fruit – it can be used with plain or fizzy water, warmed or mixed with vodka or white rum and mint to make a fruity cocktail.

And now for something completely different – why not throw your blackberries in a salad? A blackberry and spinach salad looks dramatic on the plate with feta cheese and walnuts added to complement the fruit beautifully. Yum!

Blackberry picking at our Sussex campsite