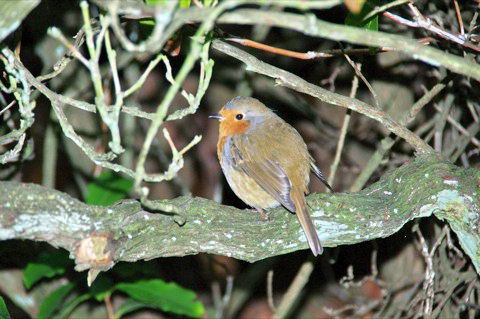 Our woodland campsites are great places for birdwatching breaks. If you are a keen birder, twitcher or birdwatcher, then camping in the woods represents a great opportunity to spot some common and some rare birds.

The recent appointment of our new wardens for the 2015 camping season at Wild Boar Wood Campsite, Amy and Pete, had me reading through some of the ecological assessment work. We have had a number of surveys carried out in connection with our campsite in Sussex. Pete has a very keen interest in birdlife, as well as camping – so I forwarded him the Breeding Bird Survey we had commissioned in 2013. Campers who visit us on birdwatching breaks should talk to the wardens as they live on site andmight be able to point out places you are likely to spot birds and can advise on recent sightings.

The bird survey identifies the birds that are breeding in our campsite and underlines the fact that spring is a great time to camp in the woodland if you want to observe breeding birds – it’s the perfect time for birdwatching breaks. Within our Wild Boar Wood Campsite, nearby hedgerows and fields this time of year we have had the following impressive list of birds recorded; kestrel, carrion crow, jackdaw, tawny owl, blackcap,wren, chaffinch, mallard, pheasant, woodpigeon, tawny owl, green woodpecker , great spotted woodpecker, song thrush, blackbird, robin, chaffinch, jay, blue tit, great tit, dunnock, hobby, cuckoo, whitethroat, and yellowhammer

The Breeding Bird Survey forms part of our ongoing commitment to Wild Boar Wood Campsite and the preservation of the surrounding woodland and the native flora and fauna. The Breeding Bird Survey of the campsite was carried out by the ornithologist, Clive Poole, who has worked on projects at Ashdown Forest, and came highly recommended by one of their rangers. The Survey was worthwhile process to ensure, whilst we and our guests are camping in the woods, we are continuously looking at the ecology of Wild Boar Wood, how we can best preserve it’s diversity and support the bird population living within it. With some sensible management, campers and bird populations are able to live together and thrive.

I thought birdwatchers who enjoy camping, or more serious ornithologists with a love of camping, might enjoy the contents of the report. I’ve included it’s main points below (but left out things like the methodology).

The main bird breeding season in the south of England commences in April and finishes by the end of June. By undertaking the survey in mid-May, it is possible to record most of the migrant breeding bird species, in addition to UK resident breeders.

Diurnal bird species are most active in early morning, so the main survey was undertaken between 07.30 and 09.00 hours. A second survey was required to establish the presence of crepuscular and nocturnal breeding bird species.

The habitat of WBW comprises mixed deciduous woodland, primarily Hornbeam (previously coppiced) and Oak. There is some Hazel, Ash, Birch and Cherry. Alder is present around the wet, central part of the woodland. On my May visit a considerable area of the ground was carpeted with bluebells. The understorey of the central part is fairly sparse, especially in the extensive boggy areas.

This habitat looks suitable for breeding Woodcock (a crepuscular, uncommon wading bird, roosting in daytime in damp woodland). In the central part of the wood are several dead or dying trees, with considerable evidence of woodpecker holes, indicating good feeding habitat. There are Holly bushes present, mainly near the wood edges (suitable for breeding Blackcap).

The southern boundary, below pylon cables, has woody scrubland – a good nesting habitat for some warbler species, especially.

A comprehensive ecological assessment of the wood has been undertaken by Dolphin Ecological Surveys in 2011, on which I have partly relied.

Rabbit is present – a potential prey species for Buzzard. Several rabbit holes with nearby fresh droppings were noted near the southern perimeter. Bat species and Fox are also understood to hunt in the wood.

PERIMETER OF WOOD AND HEDGEROW FIELD BOUNDARIES AND WOODLAND WITHIN 150 M. OF WILD BOAR WOOD

N.B. This will be an under-estimate of passerine species present here (see below).

A total of 48 pairs of birds were estimated to be breeding in WBW, as below.

Overall number of diurnal bird species estimated to be reliant on WBW and adjacent fields is in excess of 22.

N.B. The hedgerow field boundaries were not fully surveyed, but would be likely to hold additional pairs/species.

PERIMETER OF WOOD AND HEDGEROW FIELD BOUNDARIES WITHIN 150 M. OF WBW

To book birdwatching breaks you can head straight to the booking page for Wild Boar Wood or Beech Estate Woodland Campsite or call the Pegs and Pitches Campsite office on 01273 980218 to discuss your requirements.