If you are looking for camping in East Sussex, Beech Estate Campsite near Battle is a great option. The market town itself is a great place to explore. Battle is just a couple of miles from the campsite, which is set on the edge of a 600-acre woodland in the privately-owned Beech Estate. A few minutes’ drive from our site takes you right into the town and the heart of 1066 country.

Battle is named, of course, after the Battle of Hastings which took place where St Martin’s Abbey now stands, back in 1066. The battle between the Saxon King Harold and Norman William the Conqueror changed the course of English history. English Heritage now look after both the remains of the abbey, which was built by the victorious William the Conqueror, and the battlefield. You can visit the site and learn all about the battle through videos, an audio tour and displays. English Heritage also organise special events throughout the year, especially during the school holidays which are advertised on their website. 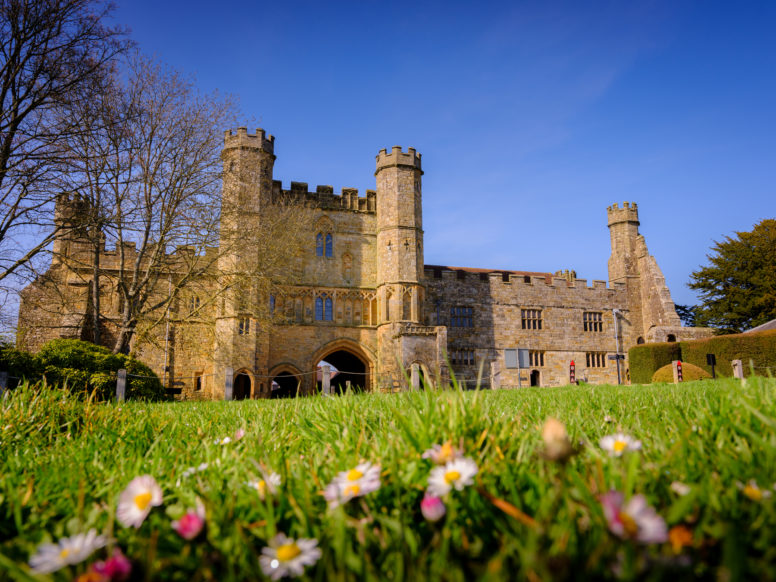 The impressive abbey gatehouse, which dates from the 14th century can be seen as you look south down Battle High Street. The High Street itself has many independent shops, restaurants, cafes and galleries.

Battle town’s Almonry is a grade II listed 15th century building. It is now home to the town council and also the Battle Museum of Local History. It has pretty gardens which visitors can look around too.

As well as a High Street full of independent shops, Battle is where the closest supermarket is to the campsite. Jempsons is a Sussex-based independent retailer. The High Street has an excellent butcher for fresh meat, a fishmonger, cake shop, deli and a Co-Op convenience store.

Battle has a railway station so if you are travelling to come camping at Beech Estate, this is likely to be where you will arrive.